This is the second post in a series about Lean Startup on elmah.io. Check out the other posts here:

When starting to think about implementing new products and features, I mostly start by talking to the users. I know that users don’t always know what they want, but I’m not Jobs enough to totally live by that rule. Talking to users is a good starting point for at least understanding if my thoughts for a new product/feature fixes a pain point for them. In fact, ideas for new features often flow through the support channel for my business. 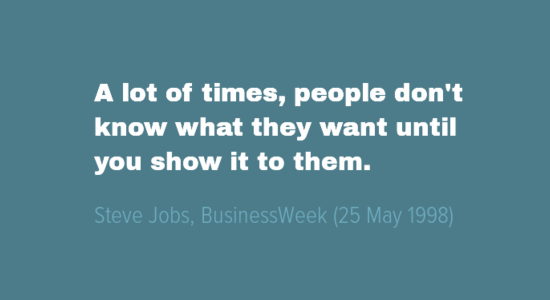 I’m using the awesome support and marketing tool Intercom, to communicate with my users. I’ve used UserVoice in the past, but I found out, that the direct communication with the users through live chat and email campaigns, makes it much easier to convert people into paying customers.

When I prioritize a new feature, I don’t spend a lot of time thinking about either UI or design. A couple of wireframes on a piece of paper and I’m off coding. A group of the most trusted users are part of a private Slack channel and I sometimes share the wireframe with these guys. I’ve also tried publishing ideas for new features, including wireframe screenshots on Social Media. In my experience, the Slack approach receives the best input. 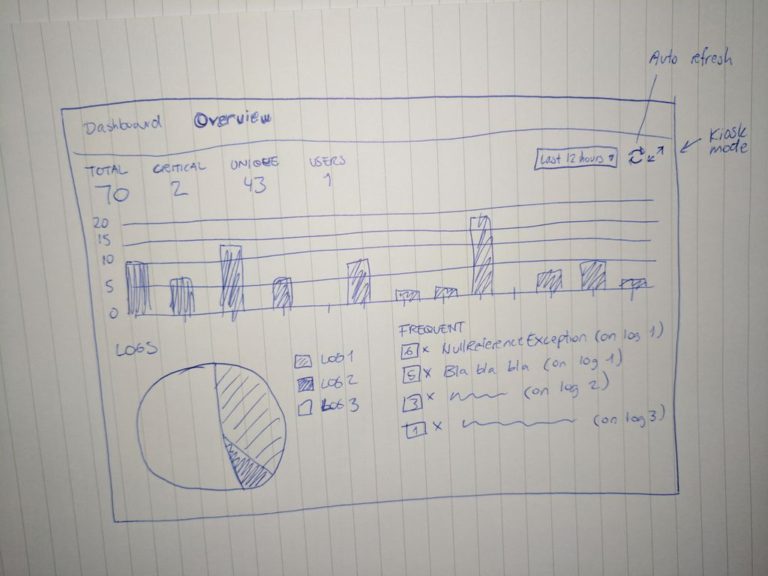 All new major features are launched in beta as quickly as possible. Unlike Google and others, “beta” on elmah.io actually means just that (this can be hard for some users to understand, why you need to be very explicit about that fact). To be able to launch beta features very quickly, I don’t focus all that much on UI and documentation. When a feature is moved out of beta stage, I’ve usually received enough input from the beta testers, to be able to write some good pieces of documentation and a blog post. If I’m not able to make the UI look awesome myself, I either get help from a designer I know or hire someone to do it. I’m using an external front ender, combined with freelance services like 99designs and Fiverr. A lot of people doesn’t take Fiverr seriously, but it’s pretty good for small graphics gigs, proofreading and similar.

Deciding how much to include in the MVP is hard. People always show the skateboard to car drawing (popularized by Spotify), but in real life, it’s not that easy. In my experience, the best help is getting the feature out in the open and to start collecting feedback from users.

If you are a returning reader of this blog, you know that…