What's up with the missing Windows Phone GOTO app?

Tomorrow’s the big opening for this year’s GOTO conference in Aarhus. I’m currently doing a bit of preparing both on going through the program one more time, as well as preparing some of the blog posts that I want to do during the conference. GOTO wisely decided to ditch the old printed program, in favor of the new apps: http://gotocon.com/aarhus-2013/apps/. When visiting the site, I was surprised that there weren’t any Windows Phone app and combined with the fact that GOTO really lacks content from the .NET community this year, I’m starting to think that .NET isn’t really a focus for the GOTO organizers anymore.

Anyway, as least there were a HTML5 version available, why I directed my Lumia 820 to the front page: 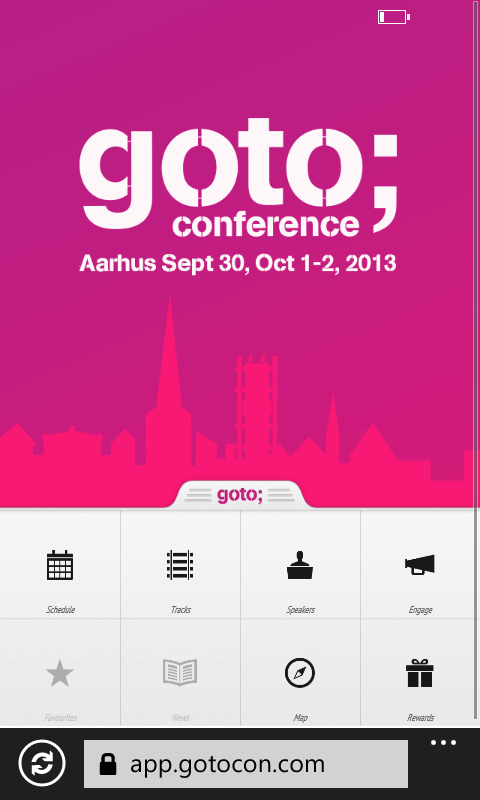 Nice and simple! Great front page, which in a second made me believe that I was not going to miss a native app during the next three days. But! Click the schedule button and the following view opens: 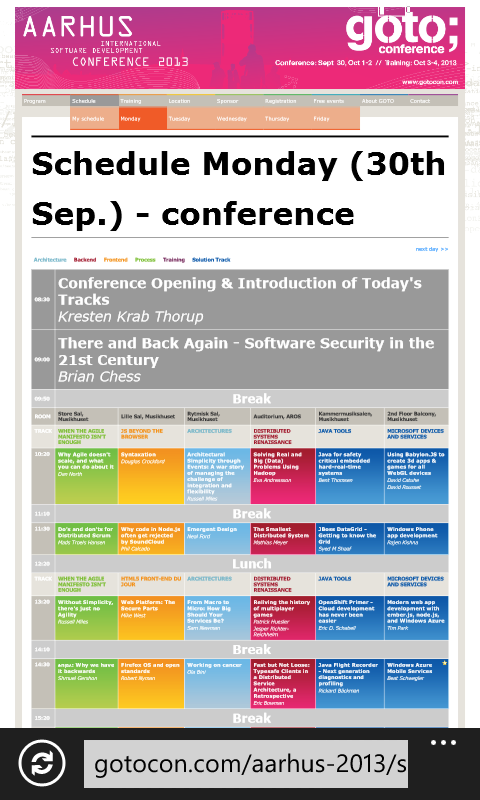 For those of you who haven’t seen the GOTO website, that’s just the normal web desktop schedule, scaled to fit the mobile screen. No mobile version of that page, no responsive design, nothing else than the desktop view. I really hope that the arrangers either prioritize the HTML5 version or replace it with a native app for Windows Phone next year.

See you all at the conference tomorrow. Really looking forward going, despite the poor experience with the digital schedule.

I’m not much of a notepad programmer. I like having tools…

This is a technical blog. I’m a techie and almost all…