For the fourth year in a row, I’m summing up the year by writing this retrospect. You will find my previous posts here: 2011, 2012 and 2013. This post is my way of following up on the stuff I’ve done and what I have accomplished during the previous 12 months. I’m not splitting this post in separate sections this year, because everything led up to this: Going freelance.

This is undoubtedly the biggest change I have ever made in my work life. As most of you probably know, I decided to change my life this October, in order to become a freelance developer and entrepreneur. This is a dream that I’ve had during the last 5 years or so and this year I finally decided to chase that dream. I haven’t told the story about how I finally decided to do it, so here you have it.

In both my personal and my work life, I have always taken chances. Two months before I graduated (back in 2001), I moved to a new city without having a job, friends or anything in the new place. I commuted to school each day, hoping for the best when graduating. Luckily, I got a job in the middle of the IT bubble and I met the love of my life a year later.

Again in 2008, my wife and I decided to buy a house, even though we couldn’t really afford it. She was still in the educational system and I was not making that much at the time. A year later my wife had a job and everything turned out okay. I could continue to come up with examples, but you get the point by now: I’ve had good luck by taking chances.

I finally decided to quit my job during the summer vacation. My wife and the kids had an additional week of summer vacation which they spent in a summerhouse with the family. At the same time, I was working during the day at eBay and spending the rest of the time thinking. I did some social stuff with friends, ate a lot of take-aways and actually enjoyed a week without the family. Don’t get me wrong, I love everything about my wife and my two children, but without that break from everyday life, I’m not sure that I would have come to the same conclusion. When the week had passed and the family had returned back home, I was ready. I quit my job just a few days later. 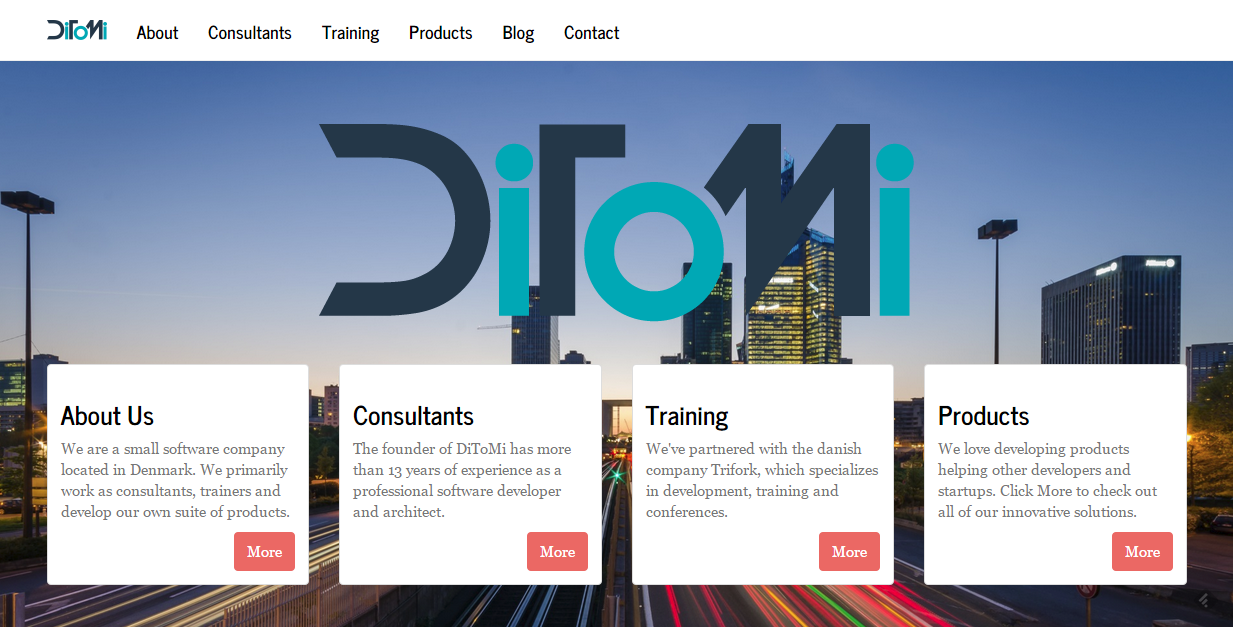 So what has happened since that day? Well, I spent the last 1½ months at eBay, handing over knowledge to the people ready to step up. At the same time, I did everything in my power, to start the company and get anything ready for launch in October. The idea was pretty clear: find work as a freelance developer while working on my own projects on the side.

Those of you who know me well, also know that I have developed multiple websites, apps and other kinds of software during the years. Maintaining all of those would have been a full time job of its own, which is why I decided to let some of them go. In my company I focus primarily around my cloud logging framework elmah.io. I also developed NuGet Server during the year, which is a small wrapper for setting up your own NuGet feed.

The fact that I can’t live from my SaaS products, as well as the need to actually see and work with other people, put me in the direction of finding work as an external consultant. Having worked at multiple companies and with multiple customers already, I have a great network, which turned out to be very helpful when I needed to find work.

I was lucky enough to have multiple offers by the time of my last day at eBay. I ended up signing my first contract with the Danish energy company Dong. I spend a couple of months working on the same projects 4 years ago, and that’s why I knew that it was a challenging domain, as well as some good people were working on it. Also, the team is spread across the world, which is why I can work almost all of the time from home.

To sum things up, here are the highlights from the past 12 months:

6 months as an independent consultant and entrepreneur

Another GOTO conference went by. It have been two great days and…