6 months as an independent consultant and entrepreneur

This post has been in the making for a couple of months now. Previously titled “3 months as an …”, then “4 months as an ..”. Well you probably see the pattern there. Things have been quite hectic here, since starting my own company 6 months ago. I finally managed to finish this post so here goes: a sum up of my first 6 months as an independent consultant and entrepreneur.

It all started back in September. As some of you may have already read, I spend a week considering what to do with my life next and ended up quitting my job. During September I spoke with quite a lot of companies. Having a lot of good people in my network turned out as a great asset and I want to take the chance to thank all of you who helped me get going on my own. 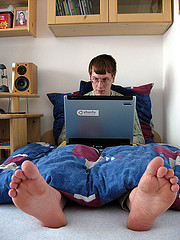 So what have happened so far? I initially signed a 500+ hour contract with the Danish company Dong Energy. In February they decided to extend the contract, so for now I have work as a freelancer until 1. of July. I’ve done a few contracted gigs besides my work at Dong, but being a full time employee, working on my startup and having a family on the side, doesn’t leave much time for doing additional work.

Talking about my startup, regular readers of this blog knows, that I’m the founder of the cloud logging platform for .NET, elmah.io. A lot of my remaining work hours have been put into elmah.io. Since introducing subscriptions last year, the number of paying users have steadily improved month to month. In February 2015 my business partner and I made a hard choice, when we decided to switch from fremium to a trial based model. A few people where quite angry, but most of our users seemed to understand why we did it. I’m still convinced that switching was the right solution for us, since we can now focus on creating new features for our customers and not so much trying to convince freebies to buy a subscription.

As for my personal life, a few changes have happened as well. Since I now work from home, I don’t have the same amount of human contact (besides talking on Skype). I’m in Copenhagen every two weeks, but most days pass in front of the computer at home. To avoid turning out as “that weird guy sitting around in his pyjamas all day talking to his cat”, I’ve tried to socialize more with friends and former colleges. Also this year will allow me to travel a lot more that previously. Besides my trips to Copenhagen, I’ve already planned trips to Spain, Sweden and Germany. Italy may happen later during the year, and I’m looking at participating in Elasticsearch training somewhere as well.

To sum up, starting on my own has been 6 of the best months of my life. I really enjoy the freedom and recommend everyone with the wish to be your own boss to jump aboard. In the current IT market situation, the worst thing that can happen is to return to a permanent job. The best of luck to all of you and remember to be awesome! 🙂

I’ve had my own company [http://ditomi.dk/] for years now…

For the fourth year in a row, I’m summing up the…